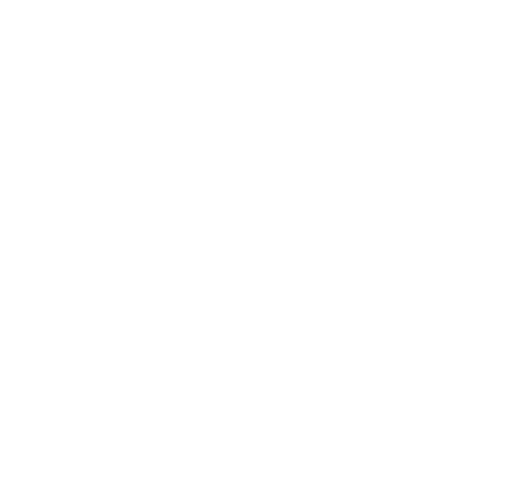 At Re:Gen Pilates, most of our classes are pretty familiar to the uninitiated. Everyone knows what yoga is, even if they’ve never done it. Most people have a general idea of what Pilates is, even if they’re ignorant to its many benefits. Even Spin classes are pretty well-known, as working out on a stationary bike isn’t a totally new concept. Barre, however, is much less well-known to the general public, and we often get a lot of questions from people who are interested in our Re:Barre class.

Barre, in a nutshell, is an up-and-coming type of workout that mixes traditional fitness philosophies with dance, particularly ballet. The word barre refers to an actual bar, which is attached to the wall, and a major component of many of the exercises. It is at once fun, elegant, and physically demanding, and many of our fitness students find that it hits the spots that yoga and Pilates could not.

Do you love the idea of getting a great workout in the form of sophisticated dance-like movements? Keep reading to learn some things you never knew about Barre.

Barre Is Older Than You Think

Barre has been blowing up in the US for the past couple of years, but prior to its recent boom, you’d be hard-pressed to find barre studios throughout the country. We wouldn’t fault you, then, for thinking that Barre is a fairly recent innovation in the world of fitness. You’d be wrong though — Barre actually dates way back to 1959! Its founder, Lotte Berk, opened up a Barre studio in London.

Lotte Berk was a ballerina who injured her back and had to go through rehabilitative therapy. Not wanting to give up the dance, she started combining ballet moves with her rehabilitative exercises, and Barre was born. She found it to be such an effective method that she opened up her own studio, and eventually, one of her students took the method to the US.

The student, Lydia Bach, opened up a Barre studio in NYC in 1971. The philosophy grew slowly, until the 2000s, where it really started to catch on. From 2010 to 2015, hundreds of Barre studios opened up throughout the country, and from 2015 to now, that number has grown exponentially. Even though Barre is pretty new to the masses, it’s been growing slowly for nearly a century!

Barre Is Easy to Do At Home

At Re:Gen, we pride ourselves on our high-quality Barre classes, which guide you through sophisticated workouts led by qualified instructors. But our ultimate goal here at Re:Gen is to help you become your best self, and one of the best ways to do that is through home workouts.

Home workouts can be useful when you’re in between classes, or stuck at home, whether it’s because of sickness, watching kids, or a hectic schedule. The only thing you need at home for a good Barre workout is just that — a bar. While we acknowledge that most homes don’t have a ballerina bar handily installed in one of their rooms, it’s a pretty easy addition to make. In the long-term, it’s far easier and cheaper to implement one simple bar than it is to go all-in with equipment that other workouts require, such as reformer machines, weights, and so on.

We encourage you to visit one of our Barre classes and learn the method, and to try it at home if you enjoy the experience!

Barre is For Any Fitness Level

At Re:Gen Fitness Studio, we like to be as inclusive as possible in our programs. Fitness, after all, isn’t just for people who are already fit; that would be totally backwards! Everyone is invited in our journey to help people reach excellent levels of fitness, and Barre classes are perfect for that. Barre is accessible to both the young and old, to those overweight, and those who are slim. Much like other workouts, your natural aptitude may vary depending on how fit you already are, but ultimately, it’s a workout that anybody can take part of.

This is encouraging to many people who have a love for dancing, but who struggle with the physical demands of it. Barre is a great way to learn the graceful movements that dancers have mastered, while becoming more fit yourself. It’s the best of both worlds, and if you do it enough, you might just be ready to dive into a more comprehensive dance program on the side.

Barre is Great For Rehabilitation

Rehabilitative exercises are generally lower-impact workouts that are suited for people who are recovering from physical trauma. They’re a great way to get your body moving and active again without overdoing it. These types of exercises are very popular for people who are recovering from injuries, and women who have recently gone through pregnancies. If you’re somebody who meets this description, Barre is a great place to start!

Barre, much like Pilates, was originally created for rehabilitative purposes. It’s grown into much more than that over time, but the core philosophy remains. It’s entirely possible to get a full Barre workout that’s low-impact and friendly to a recovering body. At Re:Gen, our instructors consider the needs of all students, and we’re willing to help you get the most out of your workout if you’re in for rehabilitative purposes.

Despite what we’ve said about Barre being an accessible, low-impact exercise, don’t take that the wrong way. You might be mistaken into thinking that Barre plateaus in effectiveness after you’ve reached a certain fitness level, but the opposite couldn’t be more true. There are countless ways to push your limits higher in Barre workouts, and many people who have been doing it for years are still discovering new ways to challenge themselves. You can pursue more physically demanding movements, increase your resistance with weights or bands, and much more. Barre is a workout that gives and keeps on giving.

At Re:Gen, we have some students that have been visiting our fitness studio for years. While Barre is a great place to start your fitness journey, it’s also a path you can stay on for as long as you want, without ever getting old.

Have we piqued your curiosity? Are you dying to get a little taste of what Barre can offer? We invite you to check out Re:Barre, our high-quality fitness class. Additionally, we also offer yoga, Pilates, Spin, and even the innovative Lagree Fitness Program, which is sweeping the country. No matter what your fitness goals are, you can meet them at Re:Gen. Stop by today, and be sure to contact us if you have any questions! 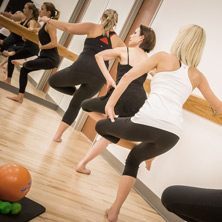 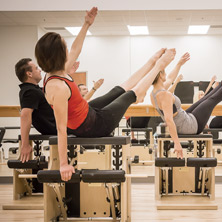 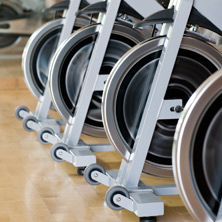 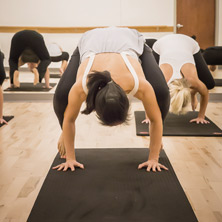